Union Raiffeisen WALDVIERTEL have claimed the Austrian Volley Cup for the very first time in their history – and they did so in front of a large crowd at Stadthalle in Zwettl, where on Sunday evening they recorded a 3-1 victory (20-25, 27-25, 25-20, 25-11) victory over four-time winners VCA AMSTETTEN NÖ. 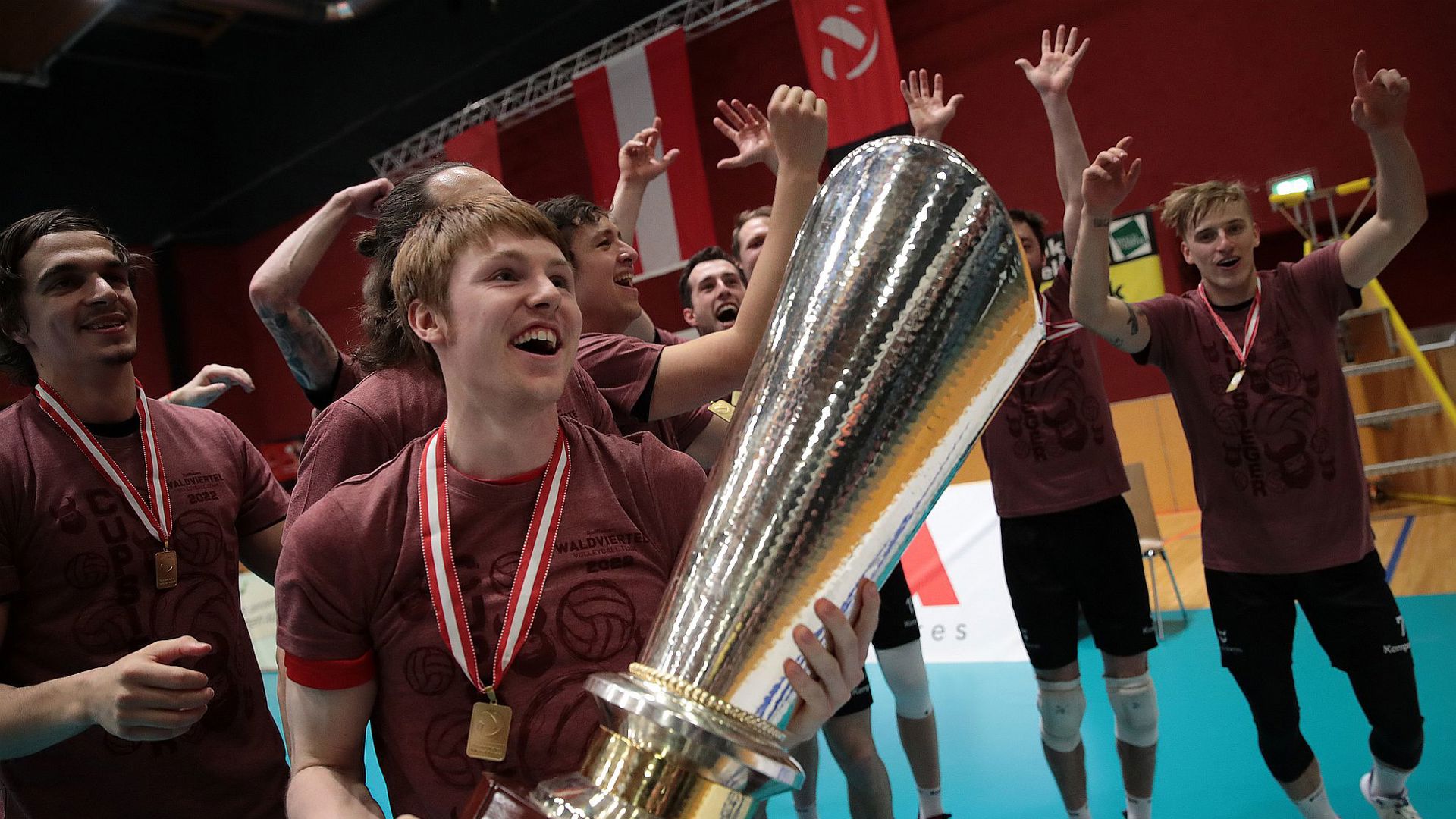 Actually, it did not look very promising for the ‘Nordmänner’ as they lost the opening set and had their backs against the wall when trailing 21-24 in the money time of the second. However, they managed to complete a terrific comeback – as they claimed the second set 27-25 by cashing their first set point and broke away from 16-15 to 21-16 in the third to edge ahead 2-1. The fourth set was one-sided, with Union Raiffeisen WALDVIERTEL cashing their first match ball to seal a 3-1 victory after 104 minutes of action.

Marek Šulc (23), Daulton Sinoski (14) and Samuel Taylor-Parks (12) top scored for the winners, as Milutin Pavicevic (21), Jakub Czyzowski (15) and Aleksandar Veselinovic (14) scored the most points for AMSTETTEN.

“We were lucky to win today. A big compliment not only to my team, but also to the opponent for delivering such a strong performance. It was a very tough fight for a long time, and we had to take many risks. A big thank you also to the fans who pushed us to this title!”

VCA Sports Director Michael Henschke: “We played great in the first two sets and I think we were the better team. If we had managed to make it 2-0, the pressure on URW would have been enormous. At the end of the day, however, they are the deserved cup winners. We can be happy with our performance and I want to extend my team a huge compliment.”