The Slovak Volleyball Federation (SVF) did run earlier this month the 2022 – and fourth overall – edition of their Snow Volleyball national championships. The event returned after the break imposed in 2021 by the coronavirus pandemic – some two years after the previous edition, which took place shortly before a historic stop of the CEV European Tour held in Donovaly. 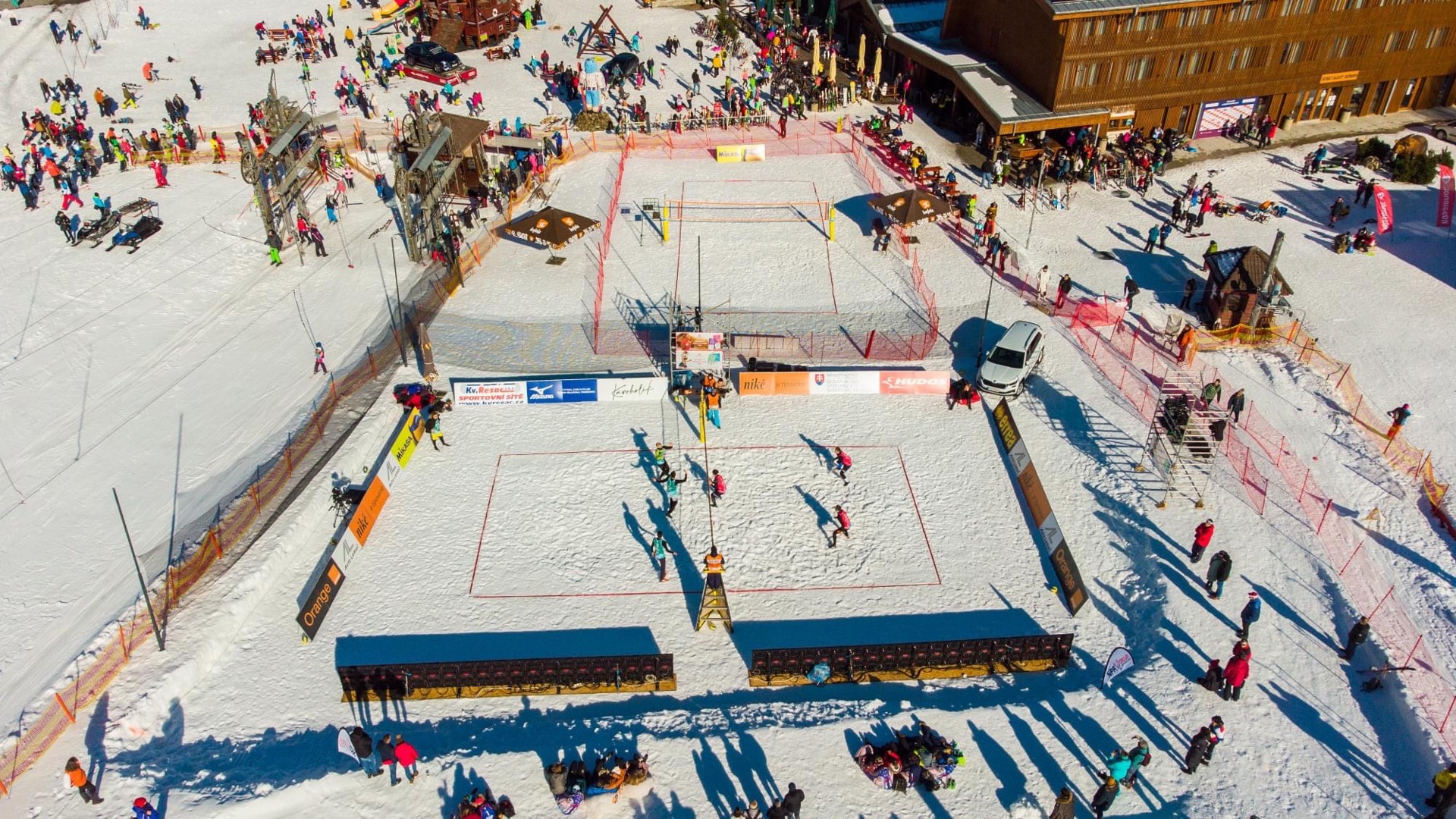 This time the Slovak championship, featuring nine men’s and five women’s teams ran at Snowland – Valcianska dolina, with two courts available for the competition. There was extensive media coverage provided through the official channels of the Slovak Volleyball Federation, with TV channel JOJ Šport even offering nationwide live coverage of both gold medal matches as well as of the men’s bronze medal game. 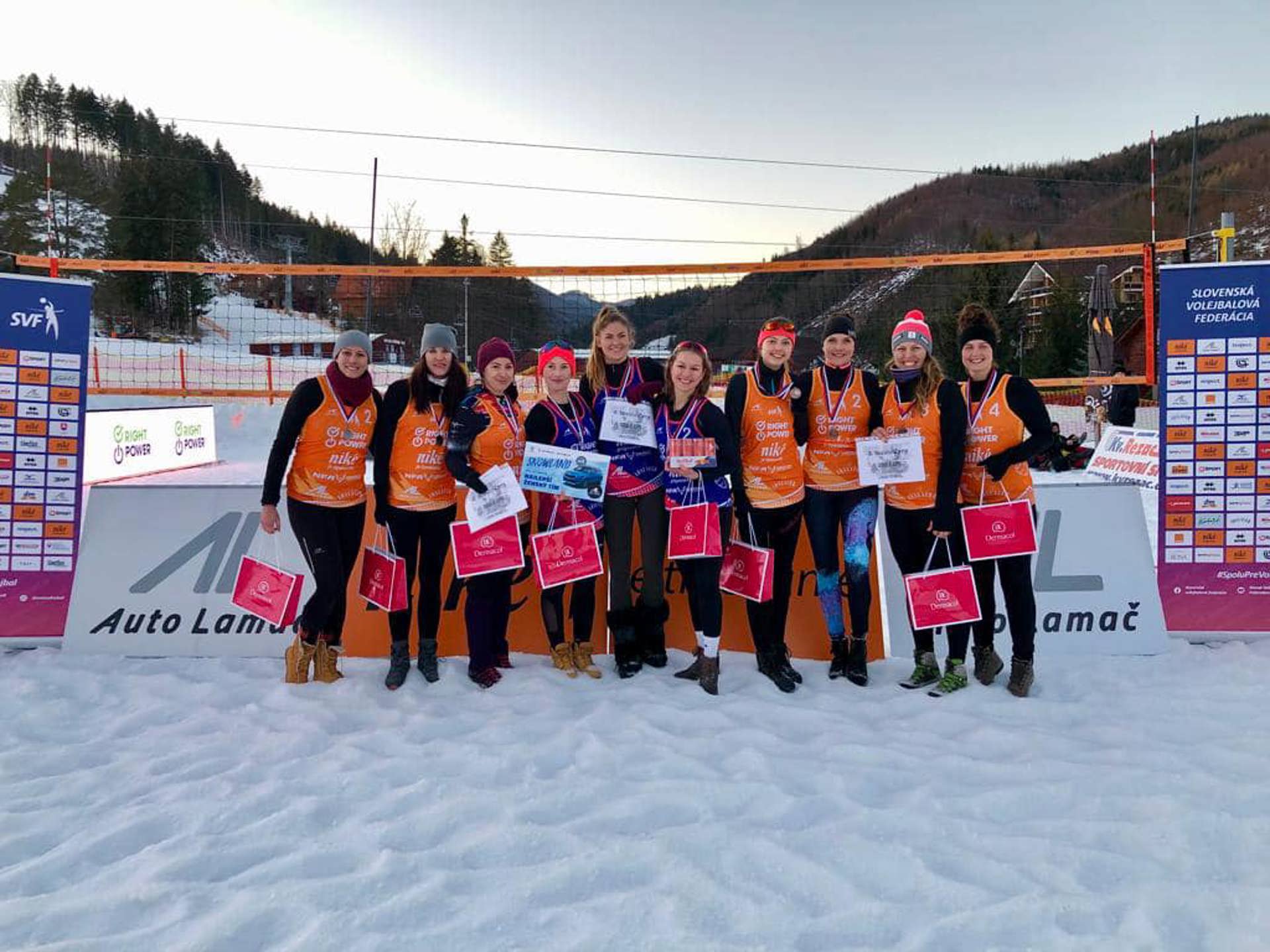 The top three teams from the women’s competition

SVF President Marek Rojko was happy with the event delivery – run by the Slovak Volleyball Federation in cooperation with the staff of the ski resort. The players and the fans enjoyed the cool atmosphere and praised the organising team’s effort – with a focus on the players’ experience as well as on the entertainment of the spectators – some 300 a day – who came together next to the court to follow some exciting Volleyball action on snow.

Slovakia join Hungary, Armenia, Austria, Italy, Georgia and Sweden to compose the list of countries that have delivered national championships or national tours this winter despite the constraints still brought about by the coronavirus pandemic. 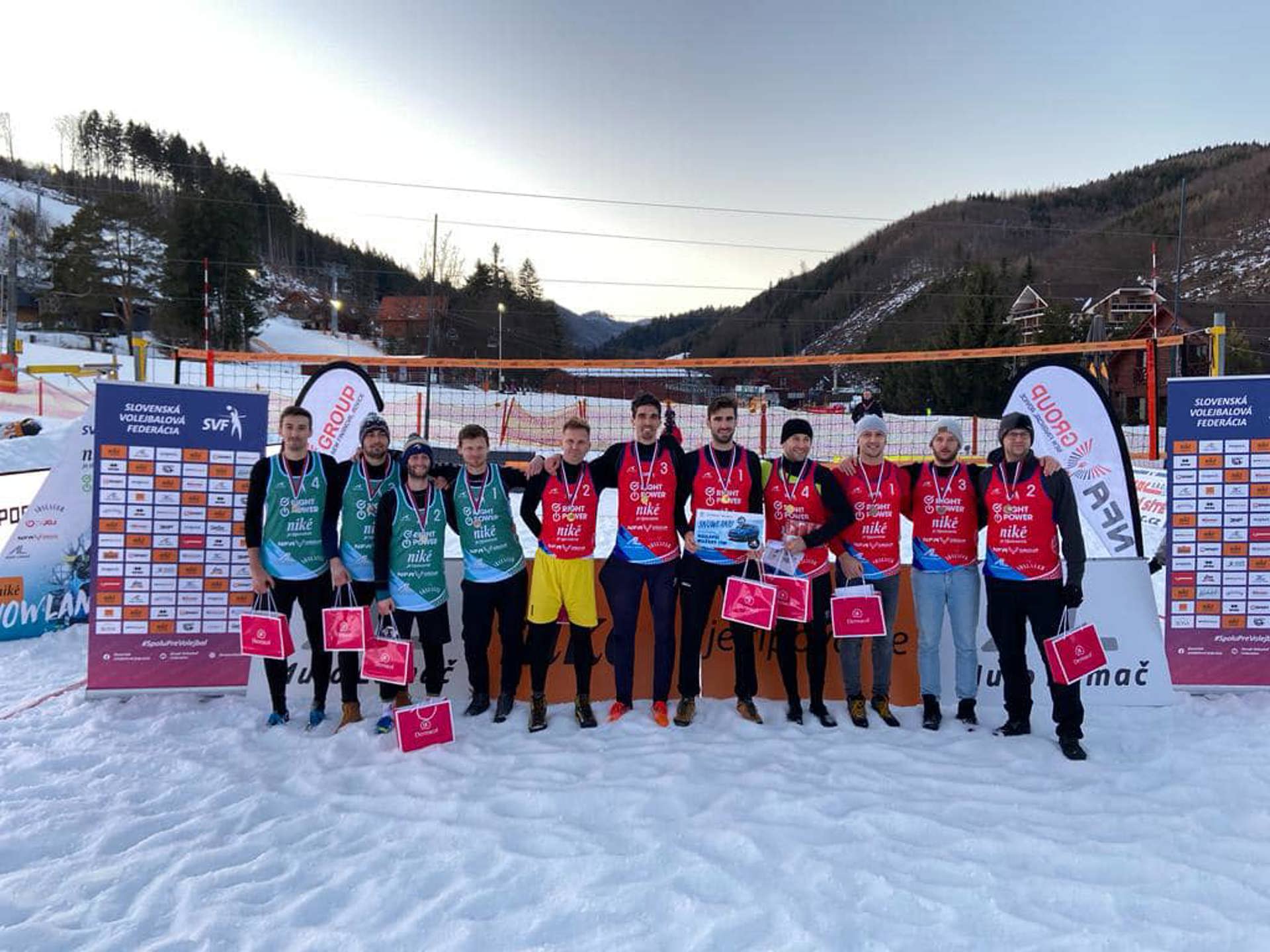