The third and final stop of this year’s CEV Snow Volleyball European Tour will be taking place from March 25 to 27 at what many regard as the real ‘cradle’ of the sport. Snow Volleyball players have been competing in Wagrain, against the truly iconic backdrop of the Austrian Alps, for more than a decade – and they did so even last year when the Austrian resort played host to the only international competitions run in a season heavily disrupted by the coronavirus pandemic. 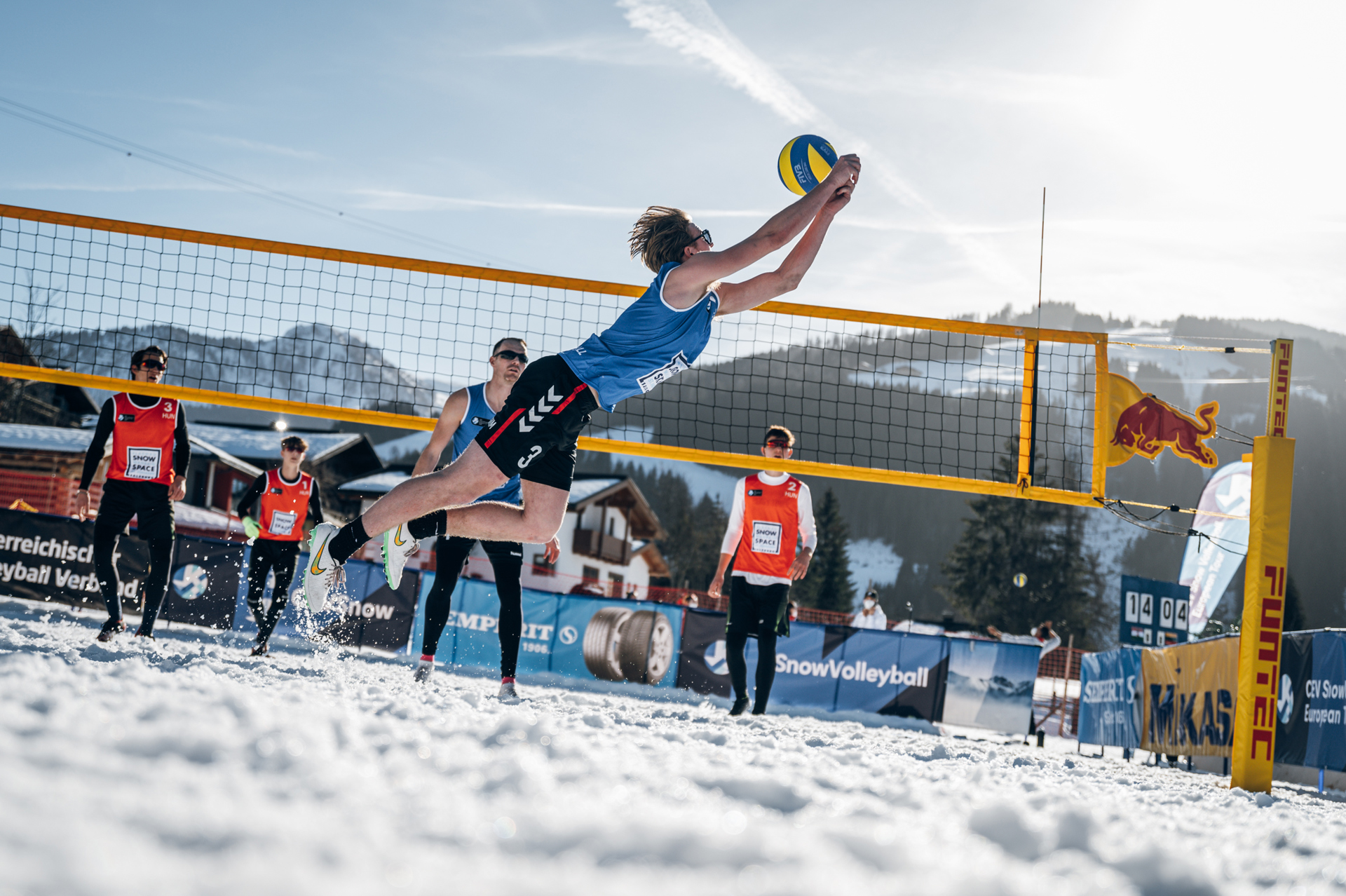 As many as 20 men’s teams have signed up for the event at Flying Mozart main station – the very same ski area that hosted the inaugural Snow Volleyball European Championships in 2018. These 20 teams represent as many as 14 different nations – including some with a longer tradition in the youngest and coolest version of the Volleyball game and others, such as Moldova, whose international debut came only earlier this year at the season opener in Turkey.

Florian Schnetzer, Mathias Seiser and Moritz Fabian Kindl will carry Austria’s hopes of home success – after last year the trio finished second in the first of back-to-back European Tour stops held in Wagrain. The entries include a Polish team featuring multiple ‘King of the Snow’ Michal Matyja, as well as the reigning Czech national champions Trousil/Mrkous/Pihera. Benedikt Doranth of Germany has a wealth of Snow Volleyball experience – including a gold medal from the 2016 European Tour event held in Plan de Corones, Italy, together with Maximilian Hauser, under the previous 2-a-side rules.

France’s Petrov, El-Ghouti and Saint-Vanne finished fourth at the season opener in Kahramanmaras, Turkey, where the Ukrainian quartet Bokshan/Kuzmin/Skukis/Verediuk were second. If they are to compete in Wagrain again, the Ukrainians will be trying to repeat their achievements from last year – when their stunning campaign on Austrian snow produced a bronze and a gold medal. 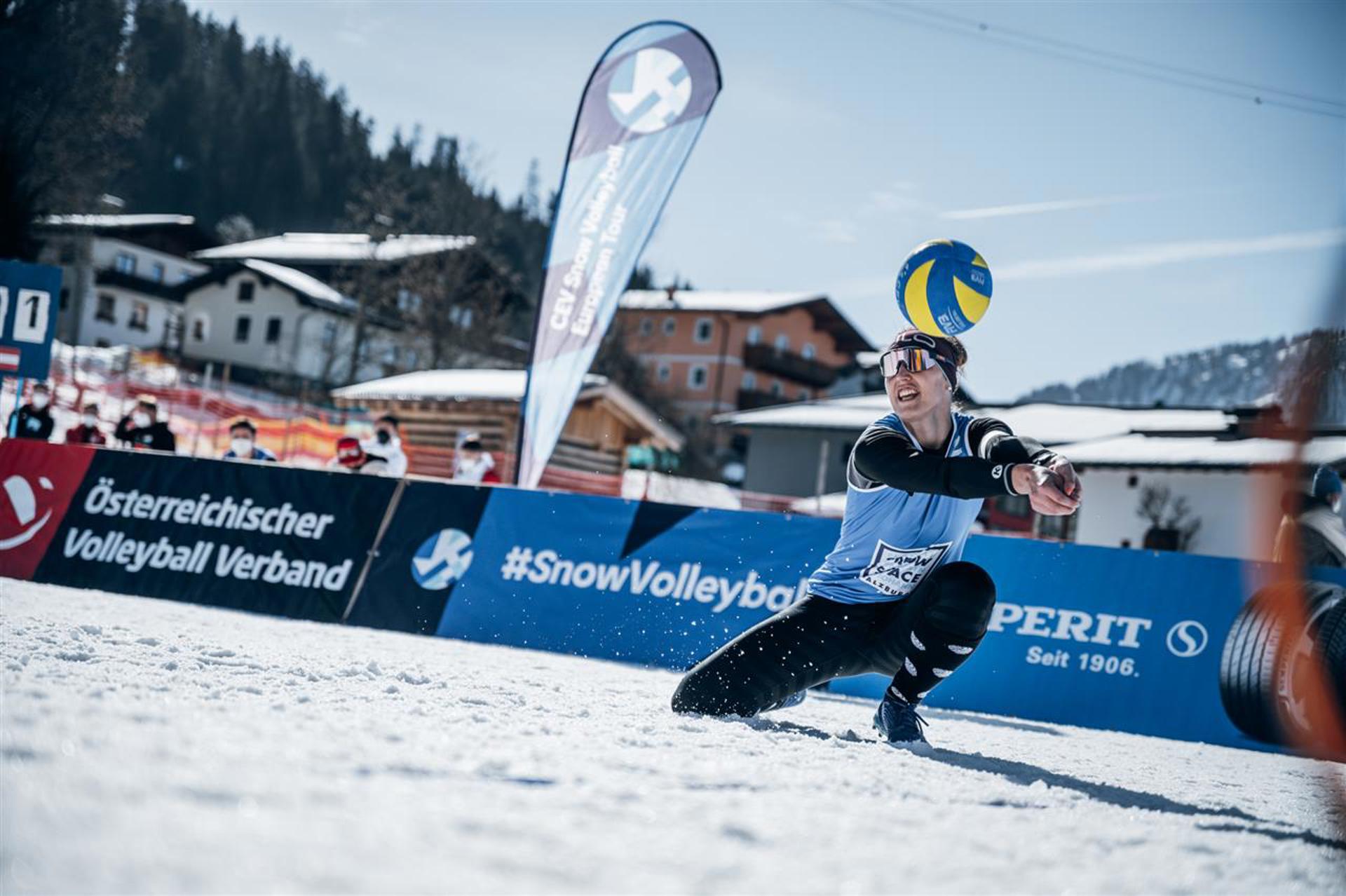 With as many as 20 teams registered, the men’s competition will feature a qualification round as well. These impressive figures represent a testament to the interest arisen by Snow Volleyball and the readiness shown by teams and National Federations to compete even in times that remain challenging with the pandemic currently resurging in a number of European countries.

Six teams from five countries – Czech Republic, Hungary, Italy, Poland and Turkey – compose the women’s field. The reigning Czech national champions (Frommova/Safrankova/Marcelova) will be missing the fourth member of their winning quartet from domestic competition in Brno, former ‘Queen of the Snow’ Anna Dostalova, but they look like the firm favourites of the event in Wagrain together with a Turkish quartet that finished third at the season opener in Kahramanmaras.

Even though Wagrain is due to host the final stop of this year’s European Tour, the competition in the Austrian Alps will not coincide with the end of the Snow Volleyball season – with national events / national championships scheduled for early April in countries such as Italy and Switzerland.