The 2022 edition of the Czech Snow Volleyball national championships took place at Brno Olympic Park, where players and fans alike enjoyed a great party and a vibrant atmosphere as the coolest version of the Volleyball game continues to grow at a fast pace. The competition ran for two days and reached its climax on the Sunday with the medal matches. Team Šeredová/Hynková/Šauerová/Skopová eventually claimed third place in the women’s tournament after a closely fought match. The eventual winners of the women’s title were Team Frommová/Dostálová/Šafránková/Marcelová, who comfortably (15-9, 15-10) edged the team comprising of Jírovcová, Jamborová, Francová and Dražanová in the final. Anna Dostálová has a wealth of experience in Snow Volleyball – and is a former ‘Queen of the Snow’ in 2017, a feat that she achieved together with former partner Michaela Knoblochová.

“I think we all knew what to do and did not have to improvise. Last week we trained together a few times to get used to both the outdoor conditions and to playing as a trio.” 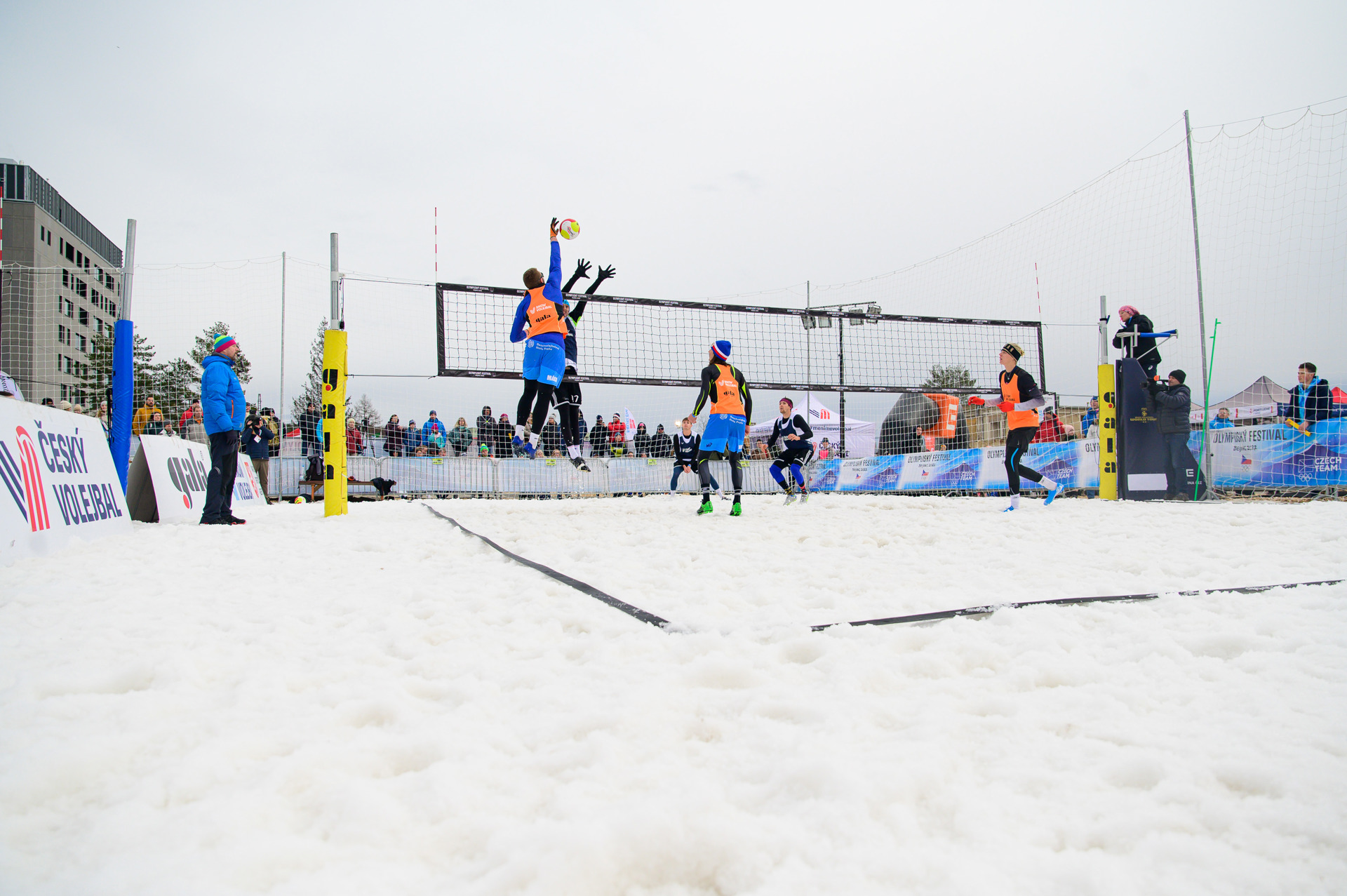 The men’s competition offered many interesting and exciting matches as well. In the bronze medal game, Tomáš Pála’s team challenged youngsters Kurk/Cerva/Tesárek. Team Pála/Šotola/Mach/Hlavácek capitalised on their experience and recorded a 2-0 victory (15-7, 15-10) after delivering their best performance throughout the whole tournament. 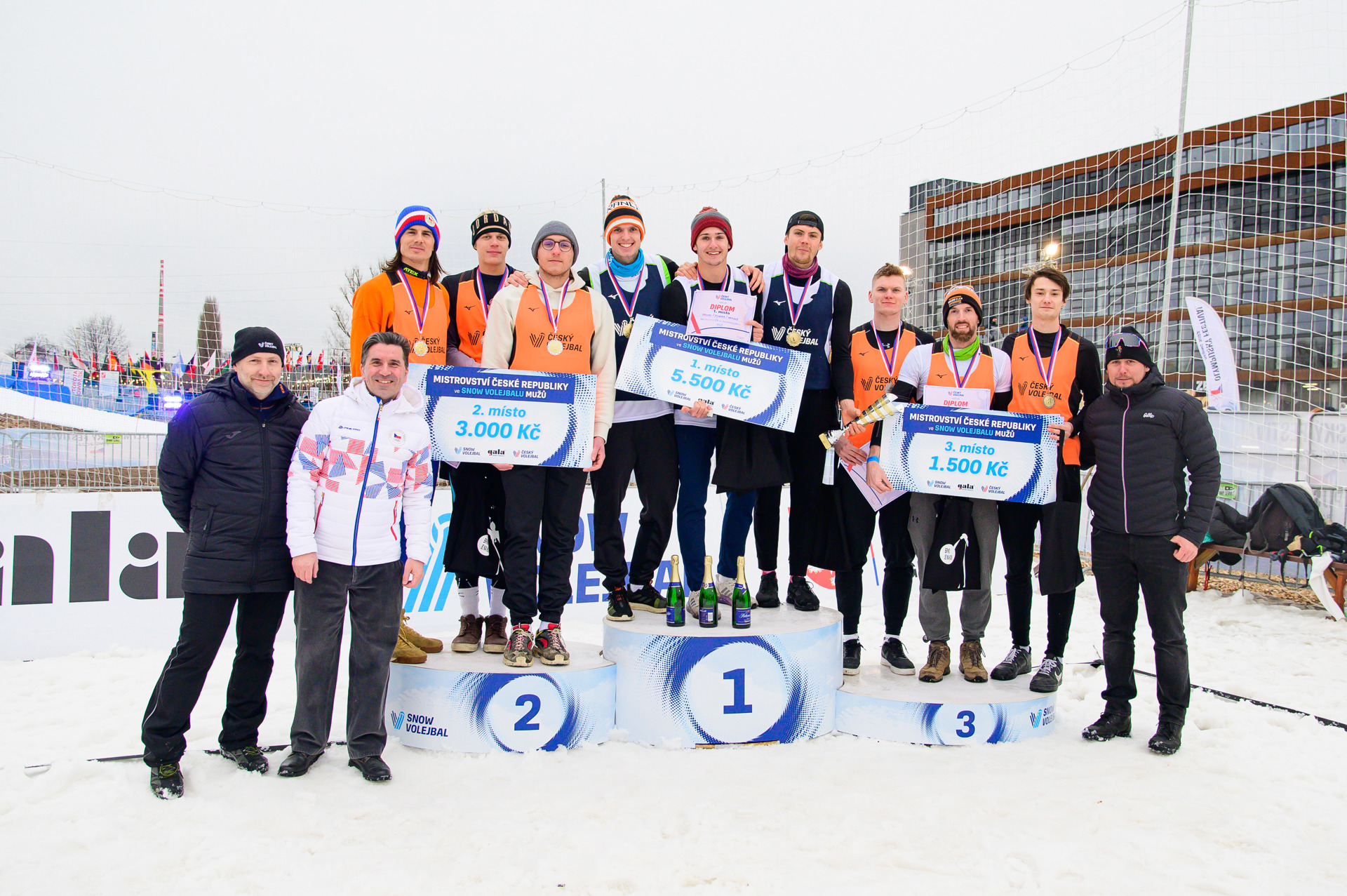 The 2020 men’s champions retained their crown in Brno

The final match was almost a repeat of the gold medal game from 2020. The highest-ranked team of the tournament, Trousil/Pihera/Mrkous, challenged the team around the experienced Snow Volleyball pioneer Robert Kufa. Kufa was a member of the team that had finished second two years ago and the fans could expect a very close battle in a fixture featuring the reigning champions – no competition took place in 2021 due to the pandemic – and the group around ‘Bobb’ Kufa. The winners of the 2020 edition eventually retained their crown following a 2-1 victory (13-15, 15-13, 15-10).

“The opponents had a quality block, and we had to get used to it during the first set, but in the end we found a way to bypass it and eventually won.”